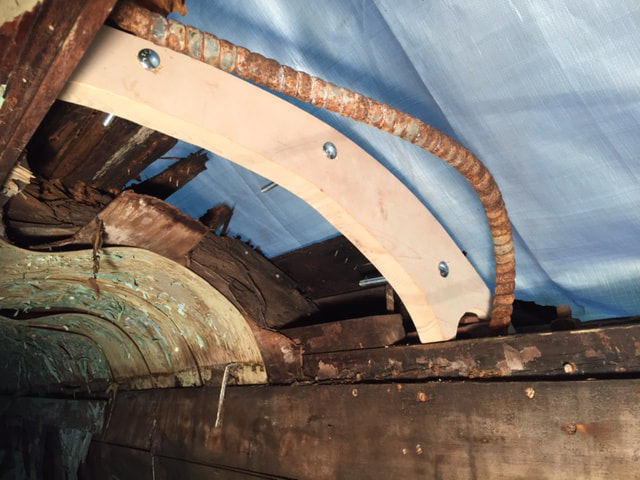 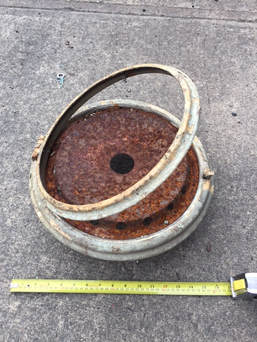 September 13, 2017 Update
September 9, 2017 Update
September 7, 2017 Update
Two years ago we scrapped Great Northern 1057 and we kept a few pieces including the parts of the handrails that were left. They have been passed on to me for the restoration of the 1090 by the WCRA. These are the two outside pieces. I am still in need of the gates and the centre end piece. I might have to get castings made to duplicate the the centre parts that I do not have.
September 3-7, 2017 Update
September 1, 2017 Update
September 1, Mystery
August 29, 2017 Update
A little bit of detail this time before the photos. The walls are built out from the frame members of the car which are 3 1/2" thick from inside to outside. There is a change in thickness of the plywood that makes up the wall right at the top of the square part of the window where it starts to go round. The panels between the windows have a 3/16 shim piece of wood attached to the frame of the car before the plywood is applied. The upper panels are nailed straight to the frame. The panels between the windows are 1/2" thick core and double layer of veneer on each side and the panels beside and above the upper parts of the windows are 1" thick core and single layer of veneer on each side. The core of this plywood is popolar wood and the joins are not T&G but a lap joint. The veneer is mahogany for both single and double layer applications. The direction of the grain of the outer veneer is vertical throughout the car. The panels are all fastened to the wall in places where the screws and nails would come under a piece of trim. There are no nails or screws through the exposed surfaces of the plywood.
​The outside skin of the car has 1" boards notched 1/2" to fit between the posts on the horizontal and where the posts are there are 1/2" boards over the posts to make the outside of the car completely flat before applying the siding. The V groove boards on the very outside are 3/4" thick and 2 1/4" wide including the notches. Like the cores of the plywood these are not T&G but lap joined.
All the windows in the car are double hung with sunshades which makes for a very busy sash and some complicated wood work.
​There will be drawings for all of this but not till a rainy day.
August 28, 2017 Update
August 10, 2017 Update
August 9, 2017 Update
August 5, 2017 Update
August 3, 2017 Pullman Green
For those who were following my work on the GN 1090 restoration project last year, it was held up by a death in the family and I was the executor of the estate, a job I would not wish on anyone.
I am back on the project and am getting some painting done while the weather is good. I found a great Pullman Green paint chip from the car and had it scanned and this new paint is the result. 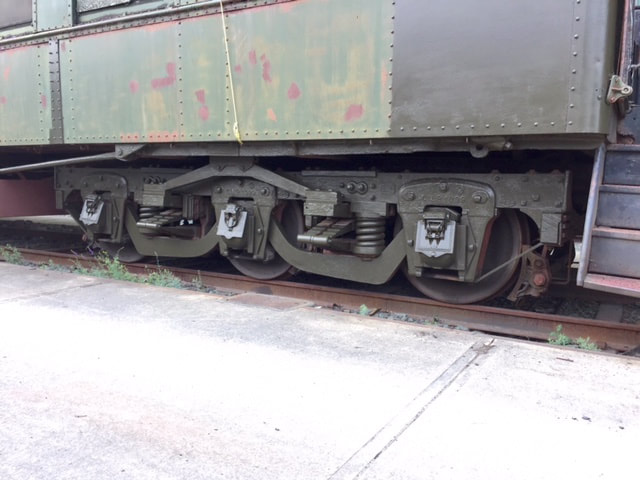