Dad came to Canada in 1949 and started modelling soon after as funds came available. His model railroad started from a Model Railroader plan from 1947. The railroad could be built as either a small plan or a large plan. He started with the small plan and expanded it to the large plan later. Dad being from Yorkshire was not willing to spend lots of money on the latest fancy gagets out there. He bought second hand wire and all the control switches came from old telephone switchboards that were being thrown out. He built the electrical with a common ground to save wire and the multiwire connectors are Amphrinol connectors from locomotives that he rewired. The railroad was also built modular so if we moved the railway could be moved with ease. None of the rolling sock on the layout is plastic. All either kits or scratchbuilt from wood or metal. The locomotives are all metal or brass. The track is all hand laid on pre-formed wood roadbed. This presented a few challenges as there was no flex track back then. The switchmachines control the semaphores which are all lit by grain of wheat bulbs. Running in the dark is great fun.
In 1965 mom and dad bought the house in Squamish and the railroad was expanded to the larger plan in a basement room. This is basically how it exists today over 65 years since it was started. When dad died the railway was packed up and put in storage. I now have the opportunity to get it out and continue the work that dad started many years ago.
The railroad was registered as the Great Northern Railway International Division with the NMRA. Dad being the president and his brother Basil as VP. The big yard on the upper level was Interbay in Seattle and the small yard on the lower level could be any yard that dad felt like running to on that day including into Canada which he did regularly. Dad was very active in the NMRA and  kept a guest book. One of the people that came to visit was John Allen from California who built the famous Gorre and Daphetid Railway.
The longer version of the layout as built into the house in Squamish after 1965. 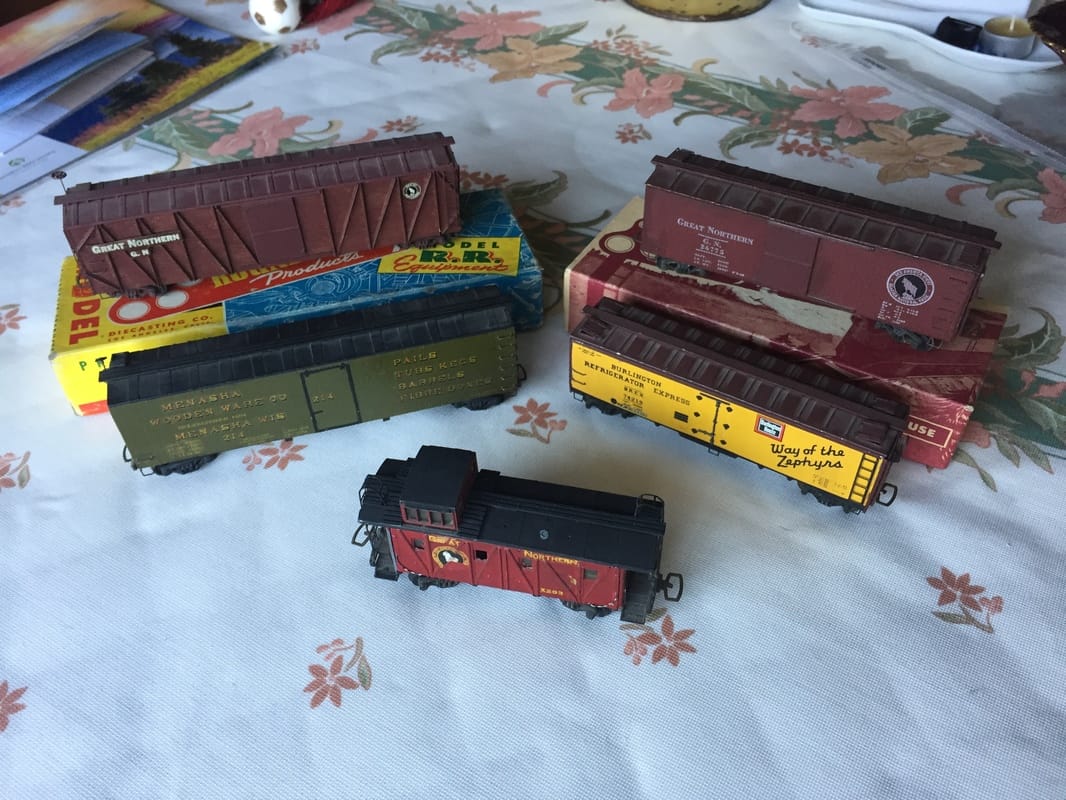 A small selection of scratch built and kit cars from the 1950s. Yes those are Mantua couplers. 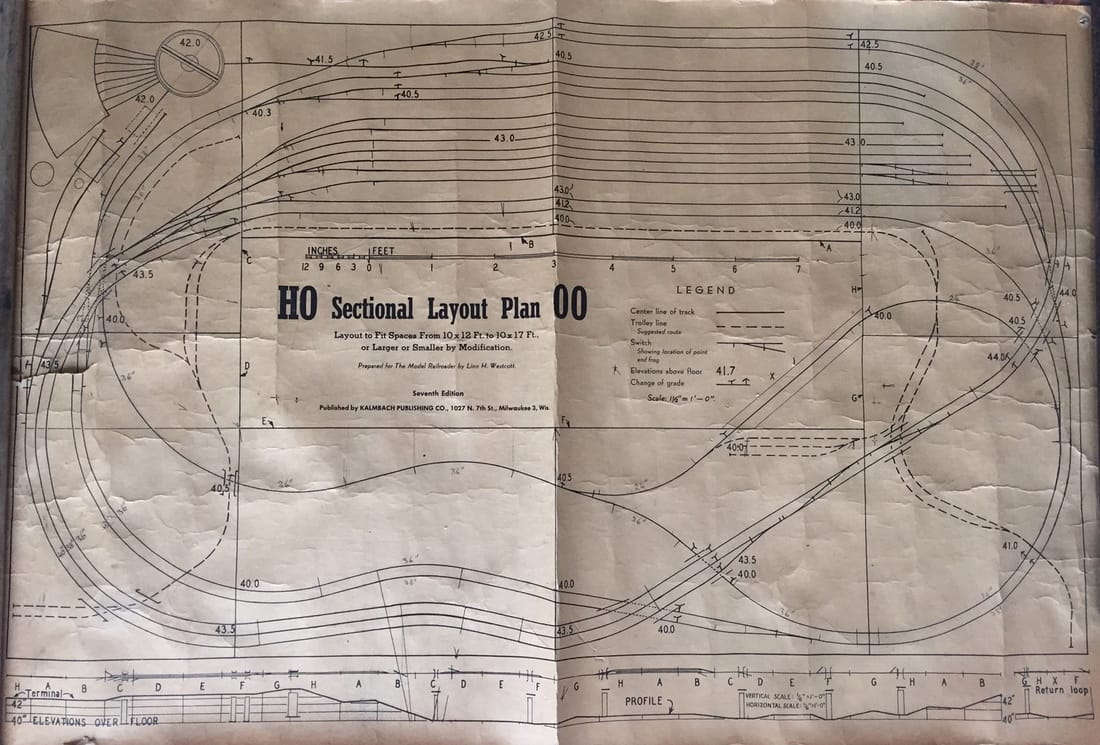 This is the original MR drawing the layout was created from. Dad modified the plan a little when the layout was enlarged in 1965.
April 22, 2017 The day we put the train set back together. I had a few friends over to help and I fed them lunch and we got a lot of work done.
Thanks to the team for a great days work.
Here are some random photos of my equipment on the layout.
www.trevors-trains.weebly.com